What does experiential learning mean to you?

Experiential Learning is about encouraging students to experience how the real-world works when it comes to their field of study. We engage students in activities out of the class, where they see the difference between theory and application. In other words, experiential learning is a continuous internship where students look at businesses to learn what is going on in the market and therefore are constantly engaged. One internship at the end of a four-year education is simply not enough to prepare students for the real world, where street smarts, critical thinking, and communication are just as essential as book-based knowledge.

Why is experiential learning a priority for you?

The classroom education alone does not prepare students for the market. In reality, classes are too formal, and in effect make students too formal to work in constantly changing markets. By exposing students to real business challenges, I am able to equip them with the necessary tools to be successful in whatever path they choose to follow.

Why do you use experiential learning?

The feedback provided by the students is quite promising, as they have learned that experiences are very different from what they have been taught in the classroom. Outside of the classroom, I encourage students to go and talk to startups, providing modeling for econometrics and breakeven analysis for their final projects. Companies certainly benefit from the student consultants with increased sales from increased HR and marketing capacity. In the classroom, I assign students to look through newspapers and other topics to discuss in class, looking at various perspectives. My goal is to instill, culturally, that learning needs to take place in and outside of the classroom.

What's the most challenging part of being an #ExperientialEducator? (coordinating/delivering an experiential learning curriculum to students)

Convincing the University and the faculty members to apply experiential learning is certainly the greatest challenge and it is far from being solved. One method that has been effective is to first demonstrate the overwhelmingly positive results of real learning and use it as proof to convince colleagues or administrators to get involved. Once they see that it is possible, they are more willing to implement forms of experiential learning in their classroom.

How do your students benefit from experiential learning?

Students are tasked with finding real customers, dealing with vendors and employees, and they benefit from the way markets operate.

Here is an example from one of my students, who reflects on his experience in the wholesale almond market. As pointed out in the objectives of the assignment, students will learn things that they may not learn in the classroom. In one of the assignments, a student reported his learning as follows:

“My assignment is to buy and sell a ton of almonds in the wholesale market. I found a buyer who is willing to pay a decent price for 700 kg of almonds. Among the other issues we agree on the payment in two days. During our conversation the buyer mentions his large business. He keeps talking about the deals he has made in the last few days. He casually mentions that he owes money to some of the vendors. But, I don’t pay any attention to his deals with other people, since I am about to get my money in two days, my assignment is almost complete, and I am making a decent profit. After two days I come back and ask for my money at the agreed upon time and place. The first thing I notice is that the guy who I had a deal with isn’t there. He is gone for praying. He comes after an hour and does not apologize for wasting my time. Before I ask him for my money. He just paid 450,000 AFN to another guy. He asks me to come another day, in two days, to be specific. I walk away in disappointment, and yet I convince myself that he does not have money.

The next day I come back as agreed. I ask for the money. He tells me to wait until his father arrives to the shop. When his father arrived after two hours, he said he had only 10% of the money and I had to come a few days later. After a few times of visiting the shop and getting nowhere with the money. I asked for help from one of my friends who had a shop in the same market. He told me to insist on getting my money and stay with the shopkeeper for as long as he provide the money. So I went back and told the shopkeeper that, “I will not go until you give me the money”. Finally, after half an hour of waiting, I got the money.

I learned that we have to insist on getting the money in the market by insanely insisting, waiting at home does not work.”

What skills do your students use when engaged in experiential learning?

Experiential Learning focuses on the psychomotor skills of the students. The students learn how to engage with customers, employees, and service providers as well as how to react to the challenges associated with these key market players.

What advice do you have for faculty and institutions considering experiential learning?

Build the culture, work with your faculty to embrace it, and do your research on experiential learning. 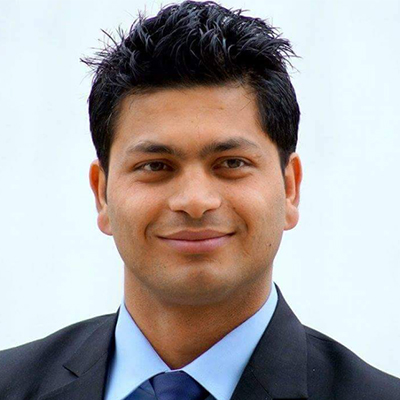 Professor of Economics
/
Kardan University in Afghanistan
"The feedback provided by the students is quite promising, they have learned that experiences are very different from what they have been taught in classroom."
Qais Mohammadi is a Professor of Economics at Kardan University in Afghanistan, where he promotes an active environment of experiential education. In 2019, he was named the ACBSP Regional Teaching Excellence Award winner and recognized in the GBSN Summit in Mumbai. Qais works as a champion of experiential learning, training fellow teachers on best practices, and encouraging them to push outside of their comfort zone.
Link to Academic Profile >
View All Educators
This website uses cookies that are necessary to deliver an enjoyable experience and ensure its correct functionality and cannot be turned off. Optional cookies are used to improve the page with analytics, by clicking “Yes, I accept” you consent to this use of cookies. Read More
Yes, I accept
Privacy & Cookies Policy