What does experiential learning mean to you?

Experiential learning for me means providing students opportunities to not just analyze what has been done in the past, but actually experience some of the challenges people face when they start working in the real-world. It is always easy to be a critic and ask why someone made a certain decision, but being able to be actually experience the work and challenges people face in real-life adds a perspective that is genuinely useful for students from many different backgrounds.

Why is experiential learning a priority for you?

It allows students to not just experience what real-world work is like, but analyze what they did, why they did it, and think more about what they can do differently if given a similar work project. The opportunity to actually do this kind of work before graduation as part of their learning is very powerful, and should be a part of any university experience.

Can you give us an example of a successful experiential learning engagement that you've coordinated/delivered?

My students recently partnered with a few NGOs to create campaigns on fake news and human trafficking. The students not only had the opportunity to put theory to practice, but as “consultants” they gained knowledge about what actually works in terms of campaign content, how to interact professionally with clients, and how they might approach similar work in the future. My role in the simulation was to vet the NGO partners and ensure they would provide timely feedback throughout the engagement, and then supervise communication moving forward. Overall, I strived to be as hands off as possible, letting the students establish their responsibility and independence. It was initially a bit challenging for them to understand the difficulties of communicating on social issues, but they have gained a whole new perspective through this experiential learning activity about how they might approach this kind of work in the future and work with clients. Another example is the role play simulation where some students took the role of media creators and others media executives. The 10-12 media creator teams needed to pitch their ideas effectively and use perusuasive communication, while media execs were challenged to use reason and logic ( and a limited budget) to pick the most successful team. The end result? A new perspective on communication in the real world!

Why do you use experiential learning?

Because it allows students to not only understand more about what they discuss in class, but apply it to projects and activities that can produce tangible outcomes that they can add to their portfolios and resumes after they graduate. These are not skills that can simply be tested on an exam, but rather put into practice.

What's the most challenging part of being an #ExperientialEducator? (coordinating/delivering an experiential learning curriculum to students)

Always trying to stay up to date and ensuring that the experiential learning activities very much represent the working reality students will be facing upon graduation.

What skills do your students use when engaged in experiential learning?

What advice do you have for faculty and institutions considering experiential learning?

As someone who started doing experiential learning without that much experience with it, I can safely say that it’s a risk well worth taking if you haven’t done it before. Even simulations that don’t quite work as well as you expect can be improved with some careful reflection and a few refinements. Academic journals are great resources to learn best practices, and developing industry connections certainly makes the process easier! There is no need for fancy simulation technology or extensive training, but rather take advantage of current events for your scenarios and integrate those concepts into the classroom. Without being too strict in your approach, let the students explore different answers and develop their outcomes. 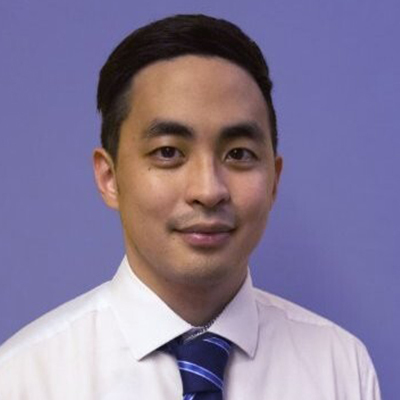 Faculty of Journalism and Mass Communication
/
Thammasat University
"As someone who started doing experiential learning without much experience, I can safely say that it's a risk well worth taking."
Ray Wang is a lecturer in the Faculty of Journalism and Mass Communication at Thammasat University in Thailand. His interest in experiential learning first began when he started teaching a media business management course several years ago. Realizing that lecture and exam-based learning might not be sufficient to help students better understand issues of managing media content and companies, he designed his first business simulation based off a few academic articles and his own experience freelancing and producing media content for various media companies and organizations. Since that time, he has continued to refine this business simulation, but has also focused more on industry-integrated learning, partnering with a few NGOs to provide students with real-world opportunities to communicate about sustainability and other important social issues.
Link to Academic Profile >
View All Educators
This website uses cookies that are necessary to deliver an enjoyable experience and ensure its correct functionality and cannot be turned off. Optional cookies are used to improve the page with analytics, by clicking “Yes, I accept” you consent to this use of cookies. Read More
Yes, I accept
Privacy & Cookies Policy