When businesses and individuals decide to support political campaigns, it is important for them to consider their own previous contributions, as well as that of their competitors. It can be imperative, in future campaign financing decisions, for a business to contextualize how its contributions may be perceived based on an elected official’s behavior and decisions. To help decision-makers gain insight into these matters, we propose a proof-of-concept study to gather public data about corporate campaign financing and highlight the relationships between campaign contributions and topics being discussed by election candidates and elected officials. Students will create data visualizations that will be used by organization to overlay a candidate or elected official in online videos of campaign speeches, hearings, and testimonies.

In recent years, there have been significant advances in facial recognition of celebrities [1] and topic detection using automated speech recognition [2][3][4]. These technologies enable the ability to produce reliable, real-time analysis about an elected official’s campaign contributions while making a speech, including information related to the topic of that speech. Additionally, federal law mandates that individuals and organizations that run political campaigns are required to file campaign contributions with the Federal Election Commission (FEC). The FEC has provided this data in bulk for decades, and now has an API that allows one to query candidates, committees, donations, filings, and itemized transactions for a campaign[5].

We launched the Piper initiative to more effectively use data for informed decision-making process in US elections. One way we are doing so is through a proof-of-concept capability for analyzing a video of an elected official or campaign candidate, extracting the topics of discussion in real-time, and overlaying the video with campaign contribution information relevant to that topic. For example, if Senator Karen Fann of Arizona is discussing defense or space in a State Senate hearing or on the floor, the proof-of-concept can highlight that among other contributions, the Raytheon Company Political Action Committee disbursed $3500 to her campaign in 11/2019. Or if Congressman Jim Clyburn is talking about banking regulation on the House floor, the platform can highlight that his campaign received contributions from Wells Fargo’s PAC. The proposed capstone project will focus on highlighting relevant business areas of interest being discussed in a video with data visualizations and analytics about campaign financing for the video’s speaker. Students will be provided a small set of videos (primarily Congressional hearings). They can either manually, or using a set of automated prediction tools, pull a set of business topics (e.g. healthcare, space, defense) being discussed by an individual from the video, with corresponding information about the time that the topic is being discussed. The students will use the FEC API[5] and other available open data that can be tied to this API and create data visualizations that summarize the campaign contribution history for the individual speaking in the video with respect to a specific business area. Students must highlight contributions from a specific company’s PAC and significant individual contributions for a given set of elected officials.

There are no resources currently available 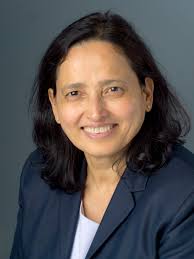 There are currently no students assigned.